SixHandsMouth is a fun little party band I play bass in. Based in Merced, CA. the band is Paul Gibbons on guitar, Adam “Atom Bomb” Oneal on drums, Loren Qualls on vocals, and myself on bass.

I picked up bass three or four years ago, playing with a Merced cover band, the Killer Jays. Been lovin’ bass ever since. Check out this original song, written by the band, “Messiah.” It’s basically about taking the initiative to make positive change — a opposed to waiting for divine intervention.

Wolf’s longtime guitar player Hubert Sumlin is featured in much of the documentary. I specifically recall how Hubert spoke of how when he first auditioned for Wolf, he was told to learn how to play guitar with his fingers, rather than a flat-pick. He learned, and eventually became Wolf’s right hand man. His skills became so highly regarded, even Muddy Waters tried to steal him away from Wolf at one point.

Sumlin’ blues fingerstyle definitely played a role in how I approach the instrument, as I find myself putting the pick aside more often than not, since watching video footage of him playing.

Sumlin was highly praised by, and influenced a wide range of guitarists including Hendrix, Clapton and Page. He will certainly be missed.

Nothing like classic P-Funk to get the body movin’

Check out this footage from the 2006 Don Letts documentary ” Tales of Dr Funkenstein.” The title is “Funky Woman” from the 1970 Parliament album, “Osmium.” 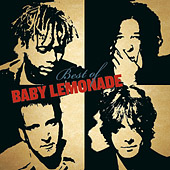 I first learned of Baby Lemonade back in the late-90s, after reading an article in the LA Weekly about these brothas who were influenced by the Beach Boys and a host of other 60s bands. They rose to prominence during the mid-1990s, a time which produced a number of notable LA rock bands like The Wondermints and The Negro Problem.

Many folks know Baby Lemonade (named after the Syd Barrett song) as the backing band for the late great Arthur Lee of the 60s Sunset Blvd. band Love.

On their own, Baby Lemonade pack quite a punch,  as evidenced from the below clip, “Pop Tarte” from their album “68 Percent Pure Imagination.” Not to mention, the founding members of the band, Rusty Squeezebox and Mike Randle, are two of the coolest guys you’ll ever meet.

The band can still be seen on occasion, playing under the name “Love Revisited” with Johnny Echols, Love’s original guitarist.

If you’re interested in getting a preview, check out “The High Life Suite,” their 2001 album which features the band at the apex of their creative powers. Mike Randle also keeps a blog with tourdates and other info.

by Steve Huey (All Music Guide)

One of funk’s most progressive outfits, Mandrill paid the price for their ambitions in commercial returns — not that they never earned a reputation or an audience, but their expansive, eclectic vision often worked better when given an album’s worth of room to roam, rather than being condensed into hit singles. Mandrill‘s jam-heavy brand of funk was liberally infused with Latin, Caribbean, and jazz influences, plus blues, psychedelia, African music, and straight-up rock. Their freewheeling approach was a definite influence on the Parliament–Funkadelic collective (an early incarnation of which actually served as their opening act), and their grooves have been sampled by numerous hip-hop acts in modern days.

Mandrill was formed in Brooklyn in 1968 by brothers Ric Wilson (sax, vocals), Lou Wilson (trumpet, vocals), and Carlos Wilson (trombone, vocals), all of whom were born in Panama and raised in the Bedford-Stuyvesant neighborhood by musically inclined parents. Ric Wilson had already taken up a career as a cardiologist when the group officially formed; the brothers had performed together for quite some time, rehearsing at the beauty salon where their mother worked. Taking their name from the variety of West African ape (because of its distinctive, colorful face and well-developed, family-oriented social organization), Mandrill soon added keyboardist Claude “Coffee” Cave, guitarist Omar Mesa, bassist Bundie Cenas, and drummer Charlie Padro. They signed with Polydor and released their eponymous debut album in 1970, displaying the influence of the burgeoning jazz-rock and Latin rock movements in addition to soul and funk. For the follow-up, 1972’s Mandrill Is, Fudgie Kae Solomon replaced Cenas on bass, and the group scored its first hits with “Ape Is High” and “Git It All.”

With new drummer Neftali Santiago, Mandrill scored their biggest hit with 1973’s Composite Truth, which also produced their highest-charting single, “Fencewalk.” This incarnation ranked as the classic Mandrill lineup, but didn’t take long to splinter; after 1974’s Just Outside of Town (which featured the hit “Mango Meat”), guitarist Mesa left (citing “spiritual reasons”) and was replaced by Dougie Rodriguez, formerly of Santana. After the soundscape-heavy double-LP Mandrilland, disputes over the Wilson brothers’ control of the band led to the departure of every non-Wilson member save for Claude Cave. Leaving Polydor, Mandrill cut two albums for United Artists with a session rhythm section over 1975-1976, and subsequently caught on with Arista. Their label debut, 1977’s We Are One, proved to be their biggest hit since Composite Truth, spawning the club hits “Funky Monkey” and “Can You Get It”; it also marked the temporary return of Santiago on drums, the addition of another brother, Wilfredo “Wolf” Wilson, on bass, and the debut of guitarist Joaquin Jessup. Two more albums for Arista followed over the next two years (New Worlds and Getting in the Mood), and the band also handled the soundtracks for the Muhammad Ali flick The Greatest (1977) and the cult gang film The Warriors (1979). Mandrill went on to cut one more album, Energize!, for Montage in 1982 before disbanding. Fudgie Kae Solomon later died of a drug overdose.

Tom Morello at Occupy Wall Street: “Shit Ain’t Right, and We’re Going To Do Something About It.”

Rage Against the Machine guitarist Tom Morello joined Occupy Wall Street protesters in New York this week, performing acoustic songs as his alter ego “The Nightwatchman,” according to Rolling Stone.  The magazine reported Morello’s set included a rendition of Woody Guthrie’s “This Land Is Your Land.” Morello also spoke with reporters at the event about his take on Occupy Wall Street and some of his feelings about President Obama 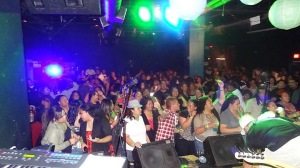 Had a helluva good time playing the Rhythm Lounge in Long Beach this past weekend, where United Districtz was the backing band for Finn the Groove Operatah. Sold out show, and the crowd was off the chain, showing us love all the way. Definitely want to give a sincere and heartfelt THANK YOU to everyone who came out to support Finn and United Districtz.

Been a hot minute since I’ve checked in, but I am back.

Check out my band, United Districtz’s, new site when you have a chance:

Me and the guys just played the One Love, One Heart festival in Sutter County, where we had a great time playing amid the cool vibes and laid back reggae rhythms on the banks of the Sacramento River. Not to mention, some really outstanding acts from far away as Jamaica.

Gearing up right now with the band for shows in Los Angeles, Seattle, Reno and more. Will have dates soon. Cheers and One Love ya’ll.

Per TV on the Radio’s Twitter page, the band’s latest album, “Nine Types of Light,” drops April 12. Here’s the first slice from the album, a transcendental ditty titled “Will Do.”

Good news for the West Coast as well. The band will play 4th and B in San Diego on May 14. For tix: http://tixx1.artistarena.com/tvontheradio/